Cruden Bay Golf Course
Located some 20 miles along the coast north of the city of Aberdeen Cruden Bay sits on ground where golf has been played for centuries. The great, Old Tom Morris of St. Andrews laid out the original course in 1899. In 1926, the noted English designer, Tom Simpson was commissioned to upgrade the layout, resulting in the unique Cruden Bay of today. Many consider this to be Simpson’s crowning glory and a textbook example of great golf architecture. He cunningly took a very good, traditional links layout and massaged it into a magnificently varied test of golf for the thinking player. Blind shots, a Scottish burn winding throughout, vast sand dunes, the beach and a clever, figure of eight configuration that produces ever-changing wind directions off the North Sea.

Cruden Bay Golf Course is in some ways a relic from an age gone by and golf the way it was played a hundred years ago, but the experience is unforgettable. Adding intrigue to the Cruden Bay experience are the ruins of 16th century Slains Castle, ominously perched on a cliff edge, high above the course. 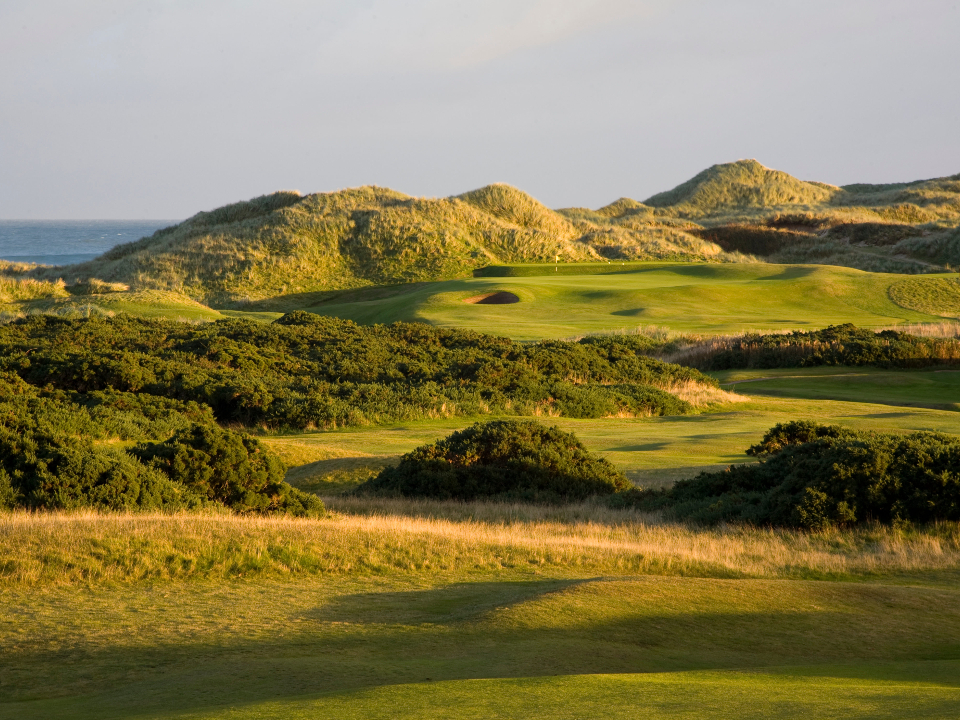 Starting at $4,450 per golfer More Information »